At the old coffee shop 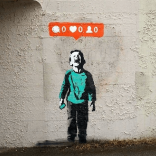 He was born in Chios, where he currently lives. A…

I had never seen a patron like that in the coffee shop. The moment I stepped in, I came face to face with a fish weighing almost ten kilos, occupying the front-row seat. The whole thing seemed like being acknowledged by everyone as something totally normal, and a surreal story was unfolding: “Biriba” and “prefa” card games were taking place to the left and to the right respectively, while the monstrous fish –serving as the referee– along with the rest of the disinterested clientele watching TV were sitting in the middle.

“Come on, guys, let’s raffle the fish, only two five-euro tickets are left, number fifteen and number two.” Engrossed by the card game, the customers didn’t get particularly excited with the idea up to the time when one of those TV viewers sitting in the center –who was probably only troubled about the fish raffle thing being over so that he could watch the news in peace– said to Akis, who had been holding the fort until then: “Come on, Akis, go for it; snap it up, and you’ll see, it’s going to land on you and we’re going to make a soup with it.” “All right then, I’m in, get number fifteen for me.”

The woman who had brought the soon-to-be-raffled fish perked up and wasted no time grabbing the notebook. “Okay, son, what’s your name?” “Just write down the word ‘coffee shop’ and we’ll work everything out later.” Still, there was one more raffle to go, and that was hardly satisfying for the customer who, being only keen on watching TV, had to assume the middleman’s role. Hence, he scanned the area to see who else he could nab; that exact moment, a new candidate walked in. “Wow, that’s a big fish we’ve got over here; Holy Mother of God, it’s huge”. “Come on, doc, there’s just one last raffle left, number two”. “So what? What’s the total?” “Sixteen”. The doctor looked like he was weighing up his chances: “Okay then, count me in” he said stoutly, after probably coming to realize that the whole thing was worth risking that five-euro bill. “There you go then, this last one can turn out to be your four-leaf clover.”

Vangelis and Pink Floyd at the village

One of the players who was taking his break from the game –you see, that’s the way the game is run: players take turns in pulling out at the end of each round to prevent strong pairs from forming, which would inevitably render the game unfair– cut in the fish lottery hubbub and grabbed the notebook. “All right, pass me those cards and I’ll take care of this in a jiff. Akis, get me sixteen cards and leave only one king in the stack. I’m shuffling, you cut them, doc.”

He then started turning the cards on the table one by one looking for the king. In the meantime, every participant had matched their names with a number ranging from one through sixteen. So, while turning the cards, he began to count: “We’re almost there… So, where’s the king? One, two, oh, there he is, the little bastard, sitting right on top of the deck! Hey, doc, did or did I not tell you that two would do the trick for you?”

But the doctor had been so consumed with monitoring the biriba game that he didn’t exactly jump for joy upon realizing he was getting a fish soup. “Grab a bag” he replied bluntly. 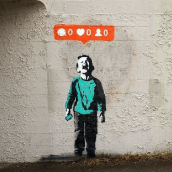 He was born in Chios, where he currently lives. A teacher, he loves mountains overlooking the sea, guitars and basketball.