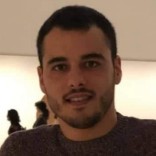 I couldn’t stand still even for a second; heat never bothered me, you see, headscarfs would keep us nice and cool. At times, I would prick my finger with the stake but I just wouldn’t care, working my fingers to the bone, never wanting to loiter around!

Goodness gracious, that’s why I’ve ended up so worn out… It was good while it lasted, though; God be praised, we were short of nothing, our house had everything. We people also had love for one another.

– Hey, Thomas, you remember when we planted tobacco in Agia Ermioni and then the Germans came?
– I do!
– Me and dad were breaking our backs while you were kicking back on that donkey saddle; the moment we heard the airplane hubbub, I lifted you on my shoulders and hotfooted to the village!
– I said I remember, you’ve said that story a thousand times!
– You were two years old and I was eight; Kali and Fotis were trailing. While getting there, we ran into uncle Hatzis, and he said “there’s mother hen and the broods!”

Mihalis, the oldest of all, was standing upright next to the door, watching his brothers talk. He relishes listening to people talking about the old days. The smile on his face was a sure sign he was about to weigh in. It was a timely moment for his wife, Kakou, to call on him.

– What was the day when the Germans came, you know-it-all?
– Hear me out carefully. The Germans arrived in Pirgi on May the fifth, on Agia Irini’s day, I think it was Sunday. In the afternoon, at four o’clock, when the planes flew over the village, the old men were saying it was going to be a “fracas”. We ran and ducked into our houses, and those outside the village were rushing to it. Frightened, we waited inside, but no one touched us!

Two days later, on May the seventh, the Germans settled in the villages. They swarmed our village, they were the only ones strolling around the alleys. They also occupied military camps and outposts on that day. My father had been recruited again and took me to Lithi so that he could pick up his things. So, me and the mule were leading and he was trailing so that he could take to the mountains if something were to come up. Luckily, everything worked out and we made it back to the village. Even our mule got away with it! We surrendered to the Germans! They didn’t touch us; they would only hurt the ones breaking the law. They busted two young fellows living next door cause they’d gone partridge hunting. Poor kids, they were just blown away; so young, but the Germans showed no mercy…

– All right, that’s enough babbling! It’s so weird, this virus feels like as if the Germans have come back. We’re holed up in our houses, we don’t get to see or talk to people, we don’t get to kiss them either! Hey, mingle with your fellow humans. It’s people you’re going to talk to when you’re heartbroken, or happy. Love people and they’ll love you back. That’s how you forget about all the hard stuff but you remember love.

Translated to English by Nikos Loutraris 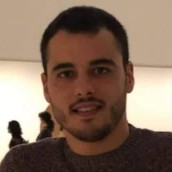