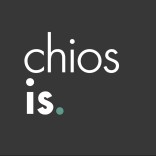 It’s been a long time since I quit taking attractive photos. Tempting as it may be, sight can be overlooked when I’m trying to give prominence to something profound, whether it is specific or vague, significant or not.

So, that night, I attended an anti-racism event.

When someone is levitating, this is an issue by itself, a transaction mostly related to gravity. That was how I saw it from the get go. While taking shots of the person levitating though, I was swallowed by the eyes of the children. No doubt we were not looking at the same thing. I was awestruck; it wasn’t fear, it was that bewitching, fulfilling awe which leaves nothing to be desired. Kids are born liberated from the earth’s burden. They would engage in a silent rapport with the acrobat’s body, right from the point which I was struggling to reach, heading to beauty; that is, the point where there is no need to add or to subtract anything. Unattached to given theories, they separate beauty from absurdity.

I don’t have the audacity to explain children’s world, neither their body nor their spirit. It’s only through instinct I can approach them, and all that’s left from that instinct is a feeling. Unencumbered from any gravity of knowledge or grain of experience, those kids would get inside the acrobat’s body and rejoice the end of matter – or something more beautiful which I wasn’t able to approach. Getting downgraded to an ordinary cameraman meant that I had the chance to rid myself of stereotypes for a while, giving way to the beauty of children’s world… provided I could rise to the occasion.

Aiming at the spectacle, I took a shot, but the spectacular was lying else where; not on the acrobat’s gravity but on how easily the kids were levitating. That’s what I call getting hit by reality and still being happy you just found out that it’s kids who should be teaching in schools. Taking pictures, we carry our lives around, either in an unnecessary or in a more profound way… in the hands of the children.

Bio: Stamatis Menis was born in Chios, where he now lives. As well as setting up solo exhibits, he has taken part in group exhibitions and publications. Photo shooting is his way of comprehending the world as well as himself.

Tip: Photography helps me detect the lust concealed in a quiet gaze, the serenity of an explosion, the tardiness of a bullet, the hidden light, the void preceding creation, the weak point, the erroneous interpretation of events… the poetry lying in nonsense.