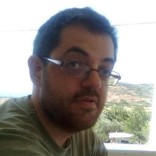 The 19th century was marked by a coordinated effort to exploit mineral resources. The then firm belief that subsoil could sustain economic growth led to this century being dubbed “The mineral fever era”.

After spotting exploitable deposits of antimony in the mid-19th century in the Agiasmata valley, efforts to exploit them began. The first ones there, around 1860, were Lappos and Kaloutas, with some very rudimentary facilities; then, in 1898, followed Pelloux and his “Societe Anonyme de Mines de Keramos”, a company affiliated with another French corporation, that of Lavrio Mines, which erected the still standing buildings. Miners came mainly from Italy and Montenegro, since skilled manpower was scarce in Chios. Slavic names still surviving in the area indicate descendants of those Montenegrin miners. That particular venture lasted until 1910, and in 1919, Emmanouil Tripanis, a businessman known for his mining endeavors on Chios as well as the lignite mines in Nenita, took over.

Subsequently, the area was abandoned for several years before a company belonging to Bodosakis went on to reopen the mines in 1949. Bodosakis initially proceeded to repair the 1898 facilities and erect additional ones. The endeavor didn’t pay off, partially because it failed to secure funding by the Marshall Plan and partially due to the inadequate protective equipment the miners were provided with, which resulted in many of them (mostly residing in the nearby villages) being afflicted with lung-related ailments that eventually claimed a significant number of lives.

Today, the buildings, the tunnels and the facilities seem consumed by the forest. The administration building, a prime example of 19th century industrial architecture, with its distinctive rock and adobe masonry, stands in a derelict state next to Keramos cemetery. Close to it sits a stele commemorating those who perished, rendering the area a place of remembrance for the villagers of Northern Chios. 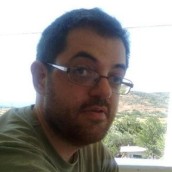 The Antimony Mines of Keramos