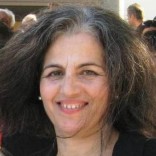 Hailing from Kalimassia, Haralambos Ganiaris, or Haroumbis, ninety three today, relates: “People would sow back then. There were a hundred and fifty little donkeys and around one hundred cows in the village. Everyone had his own donkey. We used to load stuff on their backs. It used to take us more than one week to carry it. Everyone stacked their bales – and people would know, this is mine. Field guards would stroll around and keep an eye on them.”

“All villagers were there every day. You would thresh, then one of the neighbors would step by to help, then you would lend a helping hand. Kosmidis from Armolia would come, Karandas from Vouno too, he was the first one to come; Tsoukaris from Kambos too. Year after year, the village chief handed over the job to a different person.”

“In the older days, each one would thresh their own stuff in the threshing floor. It once took me forty days to thresh in the floor in Mnigoura; I was eighteen. They would get me ears of grains so that I would thresh them, but it had to be windy. The thresher created some breeze of its own, flinging grains and chaff all around. You would leave spikes on the ground and the hoister would pick them up and pile the bales on top of the machine. Chaff popped out from the back while grain from the front. The machine would press them, stacking them up, and a worker would wrap them with a wire. The dust plumes covered us from top to bottom. He would charge you depending on your yield and hay bales. He would ask for five drachmas for each hay bale and one for each kilo of grain. If you’d made a hundred kilos of grain, you had to pay one hundred drachmas. Bread and cheese and some pisslike water in a jug kept us company as we were watching for our turn. We would take to a shady spot waiting for our turn.”

“We loaded the bales on the donkeys’ backs – it was only later that cars came along. You could only heap three of four bales; so, guess how many times we had to repeat the ride for a hundred of them. Wheat, barley, then we would take it to the mills to get the wheat ground; the barley would end up as animal fodder.”

Haroumbis, still spry and fidgety, is always working, smiling and engaging into all sorts of activities – the coffee shop, the fairs etc. You could run into him on his donkey on a daily basis. He never owned a car. Two months ago, though, the aged animal drew its last breath. It was the village’s last donkey. “He was a tool for me; I used to daily ride him and get wherever I wanted. Since then, I haven’t been to Prophet Ilias, nor to Lagkadia, nor anywhere. Whenever I sat on his back, it was like being blessed by God. Maybe it turned out for the better; I used to ride far, so I’m not troubled anymore”.

Animals are hard to come by today and very few farmers choose to sow, rendering that old thresher tradition a treasured memory for the elderly villagers.

The thresher would tour the villages and stay around for a few days, depending on the yield, to thresh and sort out the wheat from the chaff, shedding hay everywhere. Children and adults would eagerly look forward to it arriving in the village every summer. 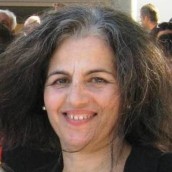