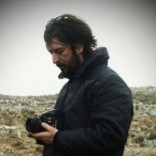 The Argentis, one of the most prestigious Chios clans, became in-laws with the Justinianis and went on to settle in Izmir and Amsterdam in 1822 so as to carry out their business endeavors. During the 19th century, members of this lineage could be found in Athens, Alexandria, Vienna, Constantinople, Livorno, London, Marseilles, New York, Paris and Siros.

Many Kambos families were forcibly displaced, chiefly following the 1822 Massacre. With most never returning to their fatherland, a lot of those houses were either passed on to new owners or were left to rot, waiting in vain for some clan descendant to reappear and inhabit them. Despite times changing and the region being deserted, those expatriates, the dead of Kambos, are still haunting the area; it’s as if the absentees and the residents alike rule this place, with the memories still sprouting all around the landscape that was left behind. What remains, ultimately managing to withstand the trial of time, seems to be fortified through their absence.

Members of these clans frequently stop by my dreams; their faces come to life through some old photos which sometimes drop in my lap. They stroll around in yards and orchards, they get together in their houses; the moment their faces get illuminated by the memories, they suddenly darken, as if their birthplace is something abstract, as if they themselves have to eternally seek it irrespective of the area they may dwell in. I’m trying to tell them that this is their home, this is their residence, but they just stare at me in silence, as if I remind them of an old bedtime story which however they never believed. Although this is the first time we meet, I feel at ease with them, as if we share a common fate: being foreigners in this land, doomed to endlessly wander hither and thither, looking for a hazy place to establish our household on. 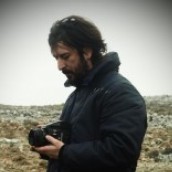